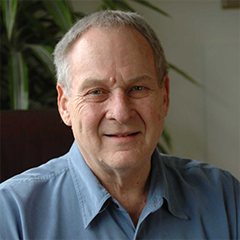 Over his career as a composer, which he began at the age of eight, Professor Spratlan has explored every musical genre; from medieval chant to jazz, his influences cross cultures, forms and styles. Equally eclectic are the instruments through which he gives his compositions voice—orchestras, choruses, quartets—even the Terpsiptomaton, a string/percussion instrument that he invented using wrought-iron coils and rods, piano strings and ball bearings.

The themes that Professor Spratlan has brought to our ears have often been primordial ones—fathers and sons, fate and free will, dreams and reality—perhaps most magnificently in his opera Life is a Dream. He received the Pulitzer Prize in music in 2000 for a concert version of the second act of this piece, which he had completed 22 years before. Professor Spratlan has also been honored with Guggenheim, National Endowment for the Arts and MacDowell fellowships, among many other awards. 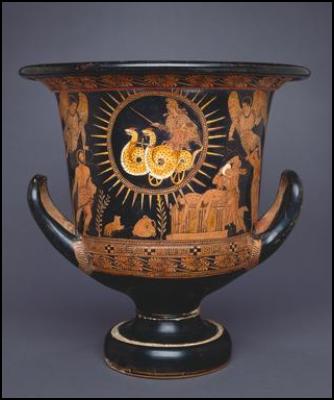 Midi (Medea) is a native singer in the bar of a hotel/brothel in a city in the French Antilles, c. 1930. She is also a sorceress, a descendant of the Sun himself, loved and feared on the island. She lives with a dubious American “businessman,” Jaz, who cheats on her and beats her. She could destroy him with her magic, but, loving him, she is helpless. They have two children.

In a prelude, Midi dances with her familiar spirits. In Act I, set in the hotel bar, Midi sings about herself as a Sun-creature, the rain, and Jaz. Jaz appears outside with his new lover, Claire, the Governor’s daughter, whom he has promised to marry. They argue. Claire sends Jaz in to break with Midi. He hasn’t the courage. Claire takes charge, leaving Midi in misery.

In Act II, set in Midi’s house, she confronts Jaz who is about to leave with their children. She seduces him. In response he beats her. She leaves the room with a knife to kill their children. Then she magically sets fire to Claire. Through these terrible acts she takes full possession of her divinity.

Act II, scene 2, set on an airstrip by the beach. Midi is ready to fly off in a seaplane. The people urge her to stay, so they can continue to enjoy her music. When she refuses, they ask her to sing a final song. She sings a myth about the spirit of a god made partially mortal who haunts a pond in the forest, the reflection in which tell girls whether their lovers are faithful or not. Jaz appears with a gun and tries to shoot her. The crowd overpowers him, and Midi flies off, the plane silhouetted agains the sun.

Midi: Excerpts in Video and Audio

Midi: Complete Video of AOP Workshop of Act I 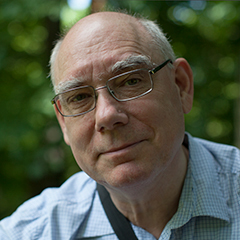 Michael Miller is a playwright, librettist, director and actor who divides his time between New York City and the Berkshires. He is Artistic and Managing Director of The Arts Press, a producing organization fiscally sponsored by Fractured Atlas which presents readings, fully staged plays, concerts, exhibitions, and multi-media events in both places. Its two publications, New York Arts and Hudson-Housatonic Arts offer articles, reviews, and interviews about all the arts, especially drama, opera, music and art.

Miller’s solo play, Transfiguration, won the award for Best One-Man Drama at the 2018 United Solo Festival. He has also written a three-act play, All Souls, a one-act comedy, Leonard and Bud, a solo version of a play, Lenz’s Melancholy, inspired by Büchner’s short story, “Lenz,” and is at work on English translation/adaptation of Georg Büchner’s Woyzeck, a full-length play, Breezewood, about a group of Evangelical truckers, and a screenplay, A Lady of the Mountains.

He was trained as a classicist and art historian at Harvard and Oxford, worked in the art world for many years as a curator and dealer, and contributed reviews and articles to Bostonia, Master Drawings, Drawing, and the North American Opera Journal, as well as the revised entry on American opera houses in The Grove Dictionary of American Music.

He has taught courses in the Classics, the English language, and art history at Oberlin, Rutgers, New York University, the New School, and Williams. In addition to many articles in New York Arts and Hudson-Housatonic Arts, he contributed an introductory essay to Leonard Freed: The Italians / exh. cat. Io Amo L’Italia, a book and exhibition shown in Rome, Milan, Turin, and New York.

His libretto for Midi, has given him an opportunity to revisit the work of one of the ancient Greek dramatists he most admires, Euripides, to explore mythology, and the discover a new culture, that of the French Lesser Antilles, with its rich traditions in religion and magic, myth-making, and music.

Music © 2016 Lewis Spratlan. Libretto © 2016 Michael Miller. All rights reserved.
We use cookies to ensure that we give you the best experience on our website. If you continue to use this site we will assume that you are happy with it.Ok